Celebrating the memory of our friend and teammate 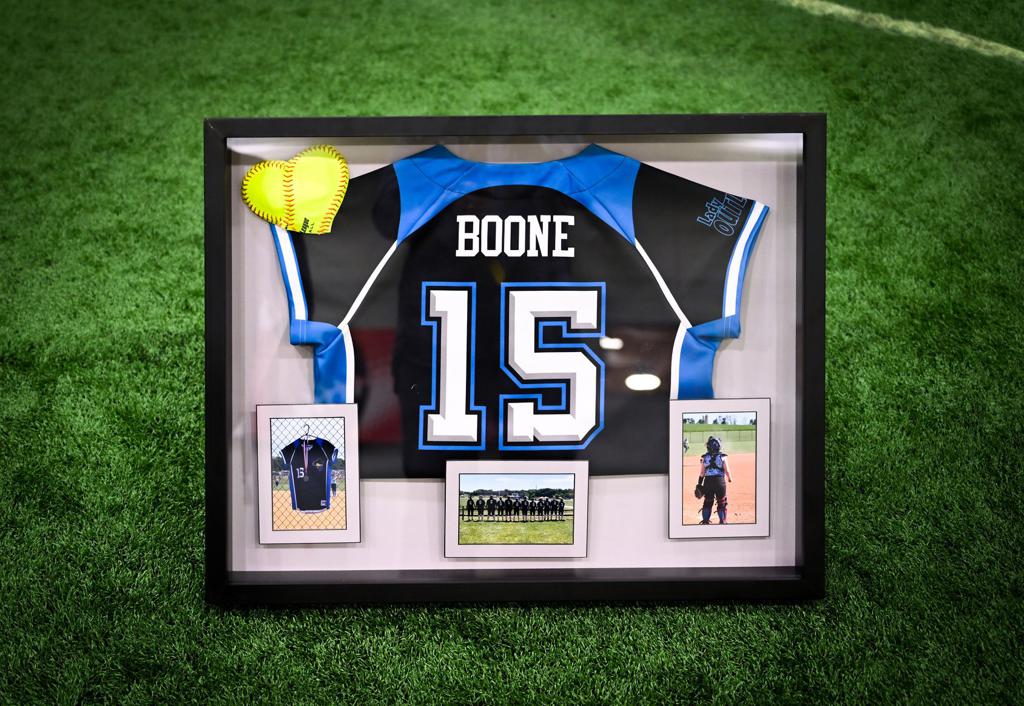 On January 4, 2020, the Lady Outlaws White hosted an 8-team all night indoor softball tournament to pay tribute to Faith Boone who passed away in a tragic auto accident in May 2019. The tournament sold out in less than a week as most teams involved had ties to Faith through travel or high school softball. During the night there was a break in the action to honor the memory of Faith. Each team was on the field to present the family with a shadow box of her jersey and memorable pictures that represented the player Faith was. It was announced that the #15 will be retired and never worn again in the Lady Outlaw program. It was also announced that there will be an annual Faith Boone scholarship to help a player afford the cost of travel softball. Faith was the motivation behind the the Lady Outlaws taking home the championship, finishing the night 4-0 and out scoring their opponents 35-1. The pitching was led by Emalee Reed, Teresa Benson and Logan Heydon. Offensively they were led by Lisa Scanlon, Gabbie Mancini, Caroline Mastria, Layla Copolla and Carly Brooks. The Boone family stayed the entire night to celebrate the Championship. Finishing second was the MD Aftershock and third was Phoenixville Warriors. Thanks to all the volunteers, businesses and Hanover area YMCA for time and donations to celebrate the life of a incredible young lady who will never be forgotten.